I'm going to start with Hillary Clinton's speech here and then go through the election. As Senator Tim Kaine put it, no one ever thought for a second whether or not Hillary Clinton would concede if she lost the election. (Not a partisan statement, just a fact) Because Secretary Clinton respects and loves American liberal democracy. Secretary Clinton said she hopes that Donald Trump is a successful president. And whether you like that fact or not and I and over fifty-million people who voted against Mr. Trump including Republicans, we hate this fact, but if he turns out to be a bad president which a lot of the country fears, it won't be just President Trump who suffers, but America will suffer. If the country goes into recession, sure President Trump will take a hit. But he'll still have a job at least until January, 2021, but millions of Americans will be out of their job wondering what they will do now. If he makes any foreign or national security policy blunders, the country will suffer not just President Trump. So I believe Secretary Clinton had the perfect tone here.

As far as the election 2016 itself, CNN commentator Van Jones who has taken a lot of heat today about the so-called whitelash in the country as he put it, I believe he had the best comment for why Hillary Clinton lost last night. I'm going to paraphrase here but what Mr. Jones said was essentially that the Clinton Campaign was expecting Donald Trump himself would bring African and Latin-Americans to the polls himself against him. And vote overwhelmingly with a huge turnout against the Trump Campaign simply because of the campaign that he ran. And not what the Clinton Campaign offered them and a positive vision for why they should vote for her. That they didn't do  a major investment in Latino and African-American turnout. Unpopular president's can drive the other party to the polls against them during Congressional elections and vote for whoever the opposition party candidate or incumbent is for House or Senate. If you don't believe me, just ask GW Bush and Barack Obama.  But when it comes to the presidency, Americans have to have positive reasons why they should vote for someone. And saying the other guy is horrible is not a good enough reason.

So this election to me is about turnout. The Trump Campaign found whatever is left of the Reagan Democrat coalition in Pennsylvania and the Midwest and that is how they won Wisconsin, Michigan, Ohio and Pennsylvania. States where Secretary Clinton had clear leads pre-election day. And the Clinton Campaign didn't get their African and Latino-American base to the polls, as well as Millennial's. That great get-out-the-vote operation that the Clinton Campaign supposedly had, apparently took the night off or fell asleep, perhaps because of how long election 2016 felt. It just wasn't there. 2016 looks like 2004 to me with the Kerry Campaign expecting millions of Gen-Xers and Millenia's, to come to the polls and vote against President Bush. Which was how they expected to win Ohio. But President Bush won Ohio with a hundred-thousand plus votes. When 2016 could have easily had been 1988 where Americans by enlarge thought things were going well and weren't ready to take a chance on a governor with no Federal experience in Mike Dukakis. And stuck with the status-quo in H.W. Bush.

Posted by Erik Schneider at 1:53 PM No comments:

Email ThisBlogThis!Share to TwitterShare to FacebookShare to Pinterest
Labels: HRC 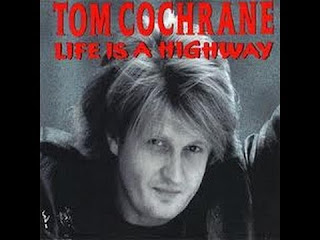 Source: This piece was originally posted at FRS Daily View

“Life is a highway, I want to ride it all night long! Tom Cochrane is really on to something with those lyrics. To use a cliche, “life is a marathon and not a sprint.” Meaning you’re going to around a long time, you might as well enjoy it and not try to accomplish everything at once, or let one setback and negative thing destroy you. So you should make out of life as much as you can and live your own life instead of trying to live someone else’s, or trying to live like someone. You your favorite celebrity (if you have to have one) should be just that. The famous person you like and admire most. But remember they have your life and you have yours. And not everything they do in how they live their life will work for you. And in many cases work against you and get you into trouble. So we should all be ourselves and be the person we can be and make ourselves happy, but not try to be something we’re not simply because we think that would make us cool or awesome or whatever, at that time.
Emi Music: Tom Cochrane- Life is a Highway
Posted by Fred Schneider at 7:37 PM No comments: